Skip to content
🏠 Free Shipping Over $14.99 to US | ✉: customerservice@oxygeneratorsale.com
In fact, the oxygen generator is equally useful to your pregnant family. According to a 2015 study, an estimated 60 to 70 percent of women experience shortness of breath during pregnancy.
As pregnancy progresses, a woman may have difficulty catching her breath after carrying out routine tasks, such as climbing the stairs.
During the three stages of pregnancy, there may have pregnancy symptoms, like shortness of breath, Some women may notice changes in their breathing almost immediately, while others see differences during the second and third trimesters. mainly for the following reasons.

A fetus does not have to be very large to cause breathing changes in a pregnant woman.
The diaphragm, a muscular band of tissue that separates the heart and lungs from the belly, rises by as much as 4 centimeters during the first trimester of pregnancy.The diaphragm's movement helps the lungs fill up with air. While some women may not be aware of changes in how deeply they can breathe in, others may notice they cannot take full, deep breaths.
As well as changes in the diaphragm, pregnant women often breathe faster due to increases in the hormone progesterone.
Progesterone plays an essential role in the fetus's development. It is also a respiratory stimulant, meaning it causes a person's breathing to quicken.The amount of progesterone in a woman's body will increase throughout pregnancy.
While breathing faster does not necessarily cause shortness of breath, some women may notice changes in breathing patterns.
​ 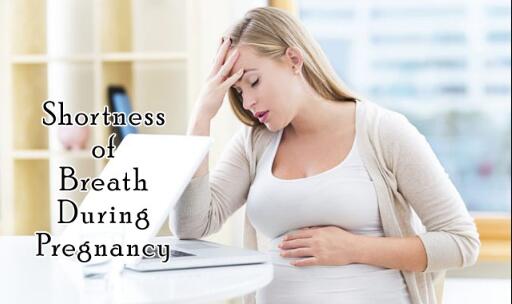 The heart working harder during pregnancy may cause shortness of breath.Pregnant women may experience more noticeable shortness of breath in the second trimester.The growing uterus commonly contributes to shortness of breath in the second trimester. However, some changes in the way the heart functions can also cause breathlessness.
The amount of blood in a woman's body increases significantly during pregnancy. The heart has to pump harder to move this blood through the body and to the placenta.
The increased workload on the heart can make a pregnant woman feel short of breath.

During the third trimester, breathing may get easier or more difficult depending largely on the position of the developing baby's head.
Before the baby starts to turn and drop further into the pelvis, the baby's head may feel as if it is under a rib and pressing on the diaphragm, which can make it hard to breathe.
​ 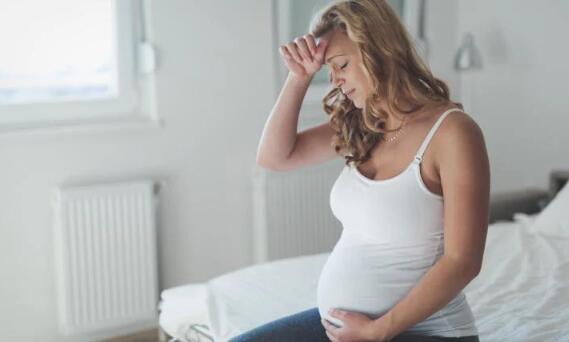 ​
Fortunately, there are several steps pregnant women can take to make breathing more comfortable, including:

Sleeping with pillows supporting the upper back, which can allow gravity to pull the uterus down and give the lungs more space. Tilting slightly to the left in this position can also help keep the uterus off the aorta, the major artery that moves oxygenated blood through the body.

Oxygen is supplemented with an oxygen generator.

This is the most direct and useful way.It not only can improve the arterial blood oxygen content of pregnant women, is beneficial to improve the physical condition of pregnant women, and after oxygen, it can rapidly increase the blood oxygen of the mother, placenta and fetus. Partial pressure, blood oxygen content and oxygen reserve make the placenta get sufficient oxygen supply, accelerate the penetration of nutrients into the fetus, improve fetal hypoxia and promote fetal growth and development. 1-2 times a day, each 20-30 minutes of breathing, because it does not breath with a machine continue a long time , it has no side effects on the fetus and is safe.
Now many pregnant women abroad are using oxygen generators for oxygen therapy. Do you not buy one for yourself or your pregnant family?
Share Share on Facebook Tweet Tweet on Twitter Pin it Pin on Pinterest
Back to News